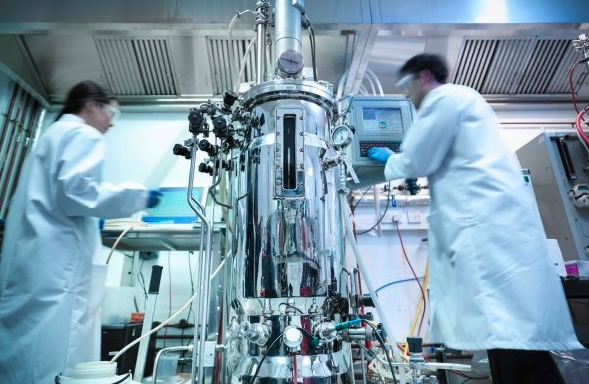 Sittard-Geleen – Chemelot Institute for Science & Technology (InSciTe) and Brightlands Chemelot Campus receive a European subsidy of €2.6 million. The received subsidy will be used for the development and demonstration of new technologies and processes for the production of biobased building blocks and the construction of a pilot plant. InSciTe will work closely together with the Green Chemistry Campus in Bergen op Zoom on this project.

Pilot plant for biobased building blocks
Chemelot InSciTe is a public-private partnership that bundles the strengths of industry and academia. Here, they work together on the valorization and commercialization of proven scientific concepts for biobased and biomedical materials. The new RT&D project “SCeLiO-4B project”, with InSciTe as project coordinator, focusses on renewable feedstock (sugar, cellulose, and lignin) for the production of chemical building blocks (e.g. bio-aromatics). The received subsidy will be used for the development and demonstration of new technologies and processes for the production of these “green” biobased building blocks. An important result is the realization of a specialized pilot plant on the Brightlands Chemelot Campus in Sittard-Geleen. Processes and technologies that are proven in a laboratory can be scaled up and demonstrated in this pilot plant, which is a crucial step in commercialization. The pilot plant will be commissioned at the beginning of 2016.

Collaborating on smart materials
To transition successfully from fossil feedstock to a green (bio-) economy, a strong collaboration between different disciplines is essential. In the SCeLiO-4B project, InSciTe will work together with Biorizon and the Green Chemistry Campus in Bergen op Zoom. Their expertise, focusing on accelerating biobased innovation, is complementary to the Brightlands Chemelot Campus. This collaboration results in an open innovation ecosystem where scientists and entrepreneurs can exchange their knowledge and knowhow. Dennis van der Pas, manager Green Chemistry Campus: "This project provides the opportunity to intensify the collaboration between two Centers for Open Chemical Innovation (COCI, Brightlands Chemelot Campus and Green Chemistry Campus). This is of great importance for the success of the COCI concept. The collaboration between the two campuses will strengthen the international proposition of the Netherlands as an innovative region in Europe.”

First step to €30 million
Chemelot InSciTe aims to obtain in total €30 million in the coming 4 years through subsidies and investments for biobased and biomedical research projects. For the SCeLiO-4B project, a total budget of €11.3 million has been planned. The project now receives support from the European Fund for Regional Development (EFRO), the government and the provinces Noord-Brabant and Limburg, that have made €4.5 million available for the project via OPZuid (Operationeel Programma Zuid-Nederland). Of this €4.5 million, €2.6 million will benefit InSciTe. Twan Beurskens, Regional Minister of Economic Affairs Provincie Limburg said: “I am pleased to see European resources contributing to the realization of InSciTe’s ambition. It also matches our goal to attract more European funds to the province of Limburg for research purposes. With this subsidy, important biobased material research can be realized on the Brightlands Chemelot Campus”. With this commitment from OPZuid, InSciTe received their first large subsidy on top of the initial investment by the founders DSM, Maastricht University and University Medical Center, Eindhoven University of Technology and the Provincie Limburg.

European subsidy for InSciTe and Brightlands