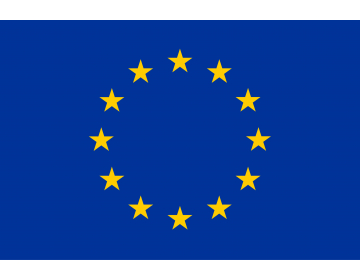 Start of this cross-border collaboration in March 2016

This cross-border collaboration within the framework of Interreg V Vlaanderen – The Netherlands is focused on the scaling up of technology for the production of aromatics from biomass. This will result in functioning bench scale demonstrators that can produce samples from wood, sugars and lignin for the industry on a kilogram scale. The furans, alkylphenols, mono-, di- & tri-acids, functionalized phenols and other aromatic compounds will be used to develop suitable applications together with industrial partners. The BIO-HArT bench scale demonstrators will be realized at five different locations in the border region that complement each other optimally: the Green Chemistry Campus in Bergen op Zoom, the Bio Base Europe Pilot Plant in Gent, the Brightlands Chemelot Campus in Geleen, the Chem&Tech Campus in Leuven and Blue Gate in Antwerp. The accelerated establishment of value chains within this project will give an impulse to businesses and employment in South-Netherlands and Flanders. The project officially started in March 2016 and will run for 3 years. The InSciTe Lignin RICHES project is part of BIO-HArT.

TNO under the flag of Biorizon

In 2018 the TU/e worked on two concepts for lignin depolymerisation, i.e. the 1-step process and the 2-step process. After we examined the technical feasibility of the 1-step process at 4 L scale, we further looked into the economic viability of this technology, by introducing two performance criteria, both of which being a function of lignin monomer yield. The ratios (g/g) of yield over total feed, and yield over ethanol losses are presented as qualitative indicators for capital expenditure (CAPEX) and operational expenditure (OPEX), respectively. This exercise sheds some light on the trade-off between yield optimization and cost minimization. Low lignin: solvent ratios and diluted feeds will require massive flows of solvents which are translated to greater equipment size (e.g., catalytic reactors, distillation columns for solvent recovery, mixers). The monomer/feed ratio should be relatively high to ensure affordable CAPEX for commercialization. It was shown that this ratio increased with higher lignin loadings. We can lower the CAPEX and OPEX indicators by moderately increasing the lignin loadings, but in extreme cases, the additional expenses of catalyst fouling arise. It was found that in 1:10 w/v lignin: ethanol ratio the catalyst activity drops significantly. The 2-step process consists of: 1) a thermolytic solvolysis step which converts solid lignin to a heavy crude lignin oil (crude ligin oil = CLO); 2) an upgrade of this CLO using commercial hydrodeoxygenation catalysts (Pd/C or Pt/C). The conditions of the solvolysis step have already been optimized up to 4 L scale and this step is ready to be tested on pilot plant scale (> 50 L). This first step now allows a high liginin loading and the remaining solid ligin fragments and char can be removed so that contact with the catalyst in step 2 is avoided. Now step 2 is being improved, i.e. the hydrodeoxygenation of the CLO from step 1 and further depolymerization of the lignin fragments into aromatic monomers. Pd/C and Pt/C appeared to be very selective in producing mainly aromatic lignin monomers. Up to 30 wt % of lignin monoaromatics could be obtained from CLO intermediate. Stability and recyclability of the catalysts were evaluated as well. Next to these, we are tracking the structural changes of different lignin feedstocks during the whole process, by developing a lignin library where we link the nature of the feedstock with the quality of the products. For recent paper publication see https://link.springer.com/article/10.1007/s11244-018-1048-5