Terminal renal failure is a growing medical problem and is driving an increased demand for renal replacement therapies. For the majority of patients haemodialysis is used. In this technique the blood is purified using an artificial kidney and requires access to the bloodstream via a connection between a vein and an artery, known as an arteriovenous fistula. In a significant number of cases the arteriovenous fistula fails due to thrombosis or lack of maturation, which requires the use of a vascular prosthesis for vascular access. However, the chances of developing a vascular constriction in these prostheses are high, which can result in thrombosis and blockage. By creating a new type of prosthetic material with optimum mechanical properties and blood compatibility, we will significantly reduce the risk of vascular constrictions, prolonging and improving the function of the implant and benefiting the patient’s quality of life.

During the first year, the team identified the user needs for a vascular access graft. Together with physicians, patients as well as engineers and material scientists the user needs were translated into technical requirements that systematically describe the functional, regulatory, and physical user needs of the graft design. The next step will be to confirm these results in a large animal model that better represents the AVG placement in the human situation. Future studies will further investigate the effect of graft morphology and flow dynamics on blood compatibility and tissue growth to optimize the design of the graft.

The XS-GRAFT team managed, after multiple rounds of optimization, to produce two prototype grafts that passed the mechanical and functional evaluations. These grafts were then implanted for 28 days and evaluated in an aortic interposition model. Although, patency rates for both prototypes was hundred percent, one of the graft types showed signs of the onset of neointimal hyperplasia formation related to the specific graft topology. This observation was a breakthrough in designing the next generation XS-GRAFT. Importantly, laboratory tests demonstrated that the XS-GRAFT materials are superior to the current standard ePTFE grafts in terms of blood compatibility. With these promising results in mind the XS-GRAFT team has developed four additional prototypes that improve on the first grafts. These grafts were under investigation in 2017 as an aortic interposition graft. Results of these studies are expected in Q2 2018 and help to identify the optimal grafts design. 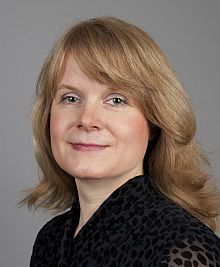