Michael Boot has just been appointed Fellow at Eindhoven University of Technology. InSciTe asked him a few questions about his interest in research and entrepreneurship.

Designer Fuels
Michael Boot was promoted to Fellow in the field of Designer Fuels at Eindhoven University of Technology on the 1st of January of this year. But what does “Designer Fuels” mean? Boot explains: “Designer fuels are fuels that, not unlike designer clothes, are tailored specifically to the wishes of the customer. Depending on what the customer wants, for example lower soot emissions or better fuel economy, the most optimal ingredients for the corresponding fuel are determined. In most cases, regulations require that 90% of the fuel has to remain stock, which is either conventional diesel or gasoline, with the remaining 10% to be substituted by biofuel in accordance with the EU biofuel mandate. We effectively search for the most ideal biofuel composition that can compensate for intrinsic deficiencies in the fossil based fuels. Only when we have allocated the desired compounds, do we concern ourselves with associated production routes from biomass.” This approach prevents the production of fuels that the market is not interested in.

Sustainable technologies
The key to developing sustainable technologies for now and in the future is to be better and cheaper than non-sustainable alternatives. Easier said then done, explains Boot: “To achieve both goals, you have to capitalize on the fact that biomass looks nothing like oil. This means that any attempt to make products from biomass which can be readily made from fossil feedstocks is destined to fail in a level playing field, which excludes legislation, fiscal incentives, subsidies and the like.” Conversely, alternative products should be considered, for example fuels that are highly expensive to produce from fossil feedstock, Boot explains. “Take for example low sulfur heavy fuel oil for the marine fuel market. As most sulfur is chemically bonded to the heaviest compounds in crude oil, it is quite difficult to petrochemically produce a low sulfur heavy fuel oil. Biomass, conversely, has intrinsically low sulfur levels. Cracking biomass into a low sulfur heavy fuel oil thus exploits the fact that the nature of biomass is very different from that of crude oil.”

Toys
Boot has found his niche in the Combustion Technology group at the Department of Mechanical Engineering of Eindhoven University of Technology. It is here that he received his MSc. and PhD. degree in 2005 and 2010, respectively and became a part-time assistant professor and innovation manager in 2011. “I wanted the freedom to do what I wanted when I wanted and the “toys” I required to execute this freedom. Both of which were provided to me as a PhD student, my first academic job.” During his PhD, Boot already showed his entrepreneurial potential, when he co-founded Progression-Industry BV to commercialize various automotive technologies in the domains of waste energy recovery and biofuels in 2009. Afterwards, he co-founded Progression Capital in 2012, as an investment vehicle geared towards young, automotive oriented startups.

“It is essential to not only have a good idea or product, but also a viable plan to commercialize it”

What was needed to get Progression-Industry BV and Progression Capital off the ground? “We are in the fortunate position to be allowed to make use of University facilities, which means that capital and operational expenditures can be kept low. Nevertheless, there are still expenses to cover, which, given the early stage character of high-tech startups, means that we had and still have to survive by applying for grants and subsidies. In order to be successful in this highly competitive world, it is essential to not only have a good idea or product, but also a viable plan for commercialization. For us, this was to collaborate with large industrial players from the onset, who might hopefully someday even become our customers.”

One of Boot’s R&D projects is part of the InSciTe Biobased research line. “My dream is to one day cut the ribbon at the opening of a production facility that produces our CyclOx fuel. InSciTe, through the Lignin RICHES projects, aims to produce this fuel from lignin at pilot scale in the coming years. The data thus generated should subsequently be used to design a demo plant, which in turn will provide the input for a commercial scale plant, thus fulfilling my dream. 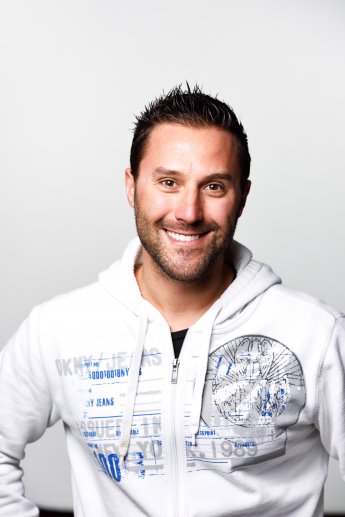