On May 25, 2016 the multi-purpose pilot plant facility, a cornerstone of InSciTe’s biobased program was officially opened. The opening was jointly organized by InSciTe and Flowid, a spin off company of the Technical University of Eindhoven. Brightlands Chemelot Campus hosted the event.

This multi-purpose facility for scaling up chemical processes enables InSciTe to bring the development and production of new biobased building blocks to the next level. It offers an ideal space where top scientists and entrepreneurs work together to realize and test novel equipment and processes. Flowid presents to the public the world’s first pilot plant based on its SpinPro technology that will be tested by InSciTe for biobased applications. For InSciTe a set of equipment specifically designed for its LA2AA project is ready to use.

The event started with a mini-symposium with the theme “Towards a Sustainable Industry”. Invited speakers from Avantium and AkzoNobel share their vision of the future with the audience. The day was finished in a relaxed way, where the participants could mingle with each other exchanging ideas while enjoying snacks and colorful drinks.

The opening was officially done by Twan Beurskens, Member of the Provincial Executive for Economy and Knowledge Infrastructure for the Province of Limburg. He stated:

“I am proud to open the doors of this new facility where cutting edge technology of InSciTe and Flowid is made available on Brightlands Chemelot Campus. This is another milestone to strengthen the knowledge economy in Limburg.”
Twan Beurskens 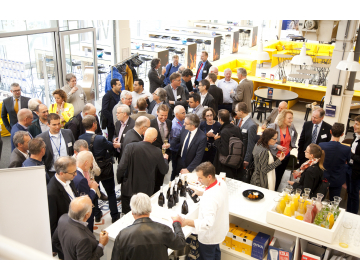 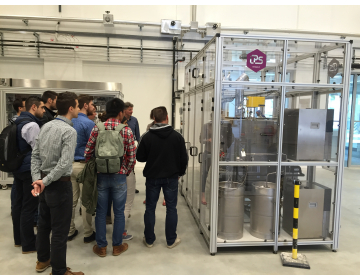 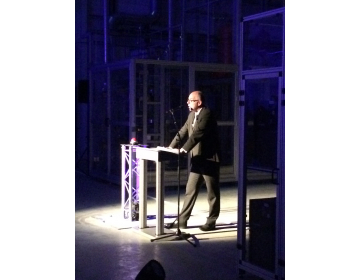